Today’s guest post is written by a good friend, Kendra. She’s a first-time mom with a 14-month old, and she blogs about her experiences (including sleep training and chiropractics for young children) on her blog Art & Other! In this guest post, she goes over some of the bras that she tried out during the year she nursed her son. I’m sure any mom who’s struggled with figuring out size and bras during pregnancy and nursing can relate to some of the things she’s dealt with!

It’s been a while since I have been fitted for a bra, admittedly.  Before pregnancy, I was wearing a 34D or DD.  After spending years trying to find a bra that not only fit well, but was comfortable and  looked pretty, I finally found a Wacoal at Dillard’s.  $60 was a small price to pay after being let down by so many.  I wore the bra for about a week, then I found out I was pregnant.  I had to put that bra away shortly afterward, not to be worn again (at least not since… I still have it in hopes I’ll be able to wear it again one day). 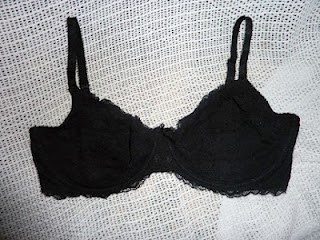 I bought two nursing bras before my son was born. They were both what I would consider daytime styles with underwires – I optimistically planned to wear them when going out in public.  I also bought a nursing tank which turned out to be wonderful (I bought about 4 more soon after giving birth and I realized how valuable they were).  Little did I know that my size would change dramatically enough to render these bras (that I so naively purchased in my eagerness to prepare for baby) almost useless.  So, if I could go back in time, I would tell myself:

Buy one or two of the more forgiving and comfortable sleep nursing bras to take to the hospital and use in the first week or two.  Save investing in a good daytime nursing bra for post pregnancy and post engorgement, because your size may change a lot in that time.
After I learned this lesson, I had to buy some nursing bras that might fit. It didn’t appeal to me at all to go out in public more than necessary for a couple of months, so I really didn’t even care to try on nursing bras. I’m pretty picky when shopping for bras, anyway (a lot of the readers here probably know exactly what I mean) and I felt like I had exhausted all of the nearby retailers, anyway. The two that I had bought were somewhat out of desperation at our local Motherhood Maternity that was closing, and hey, they were on clearance. I knew what I did NOT want (tiny elastic straps, anything that might result in uniboob or quadraboob, flimsy material). What I hoped to find was structure, support, and quality, and I knew I’d be really lucky if I also found comfort and something pretty.

I bought 3 very different bras on the Internet.  Even without trying them on I thought I could find something better than what I had. 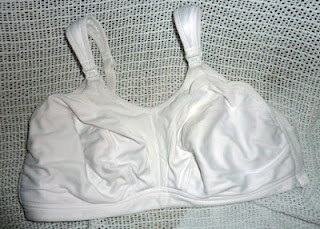 This is an “Elizabeth” Cotton/Mesh Wireless Nursing Bra in 36F.  I bought it a cup size up because I felt like cup sizes were always too small on me (hence my need to remeasure properly).  In my frustration I ordered the cup size bigger, but this was totally the wrong bra to do it on, as it is a full coverage bra already.
Pros:  I think I would love this bra for comfort, structure, support, and breathability, except that the cups are just too dang big.  Not a problem I’ve ever had in a bra I’ve managed to think is a good enough fit to bring home before.
Cons:  There is nothing is uglier, and anything with a neckline lower than a t-shirt (slight exaggeration) reveals it.
I paid: $28.99 on BreakoutBras.com 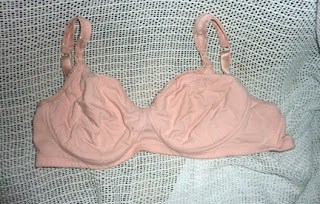 This is a Bamboo Nursing Softcup in 36DD.

Pros:  Comfortable, soft bamboo material.  It got softer with age.  I wore it quite a bit at home, but didn’t like the look of it enough to wear it out.
Cons:  Weak in the structure/support department.  I expected more since it has an underwire.  Perhaps I should have ordered a smaller band.
I paid: $22.99 on BreakoutBras.com 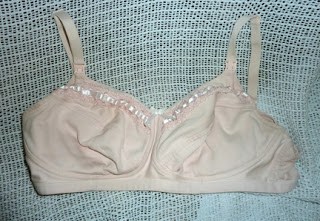 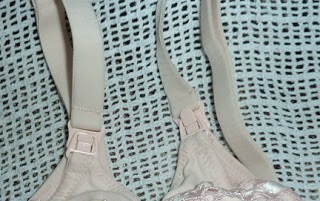 This is Panache’s “Alisha” Nursing Softcup in 36E.
Pros:  I thought I could get away with this one being my good daytime bra.  For no underwire, it does have good support.  And it’s almost pretty (c:  The straps are narrow but made out of non-elastic material (eureka!).
Cons:  My biggest disappointment is that I paid twice as much for this bra as the others and I didn’t necessarily like it more.  On top of that, the hook snapped after about 6 months of occasional use [see detail pic].  It still functioned, but it left a sharp edge and I cut myself on it numerous times while trying to blindly hook it and hold baby at the same time.  I don’t think the hooks are of any higher or lower quality than the other bras, just an unfortunate thing to happen to this one.  Also, I thought this bra would be the one that I’d wear out and about, but after an hour or so, things shift around and it no longer gives the proper support or look that I like.

All three of these bras I would wear with nursing tanks over them 95% of the time to add the support that I needed.  When buying bras in the future I will have more experience and put more priority in sizing myself and finding the right size, because in writing this blog I see that is my main problem. 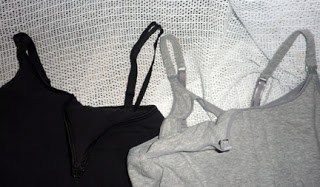 I had two styles of tanks.  The gray one [pictured] is called a full sling, and the black one is not (not sure what it’s called).  I got them both from Target.  In retrospect I would have bought up more of the styles like the black one, although they cost almost double.  The sling portion of the gray styled one tended to peek up over the top of the outer layer of the tank, making for a very awkward neckline if anyone happened to see it.  I don’t mind people knowing that I breastfeed, I just don’t want my gear to be all sloppy 😛

I breastfed my son until 1 week before his 1st birthday (I was fortunate enough that he self-weaned and there was absolutely nothing difficult about it). So for almost a year, nursing bras and tanks with carefully chosen tops or (mostly) lazily worn husband t-shirts were my staples.  None of the nursing bras I ever bought were good enough to really wear by themselves. I almost always wore a nursing bra with a nursing tank, which kept my boobs strapped down so tight that I’d have red marks all over me at the end of the day, which I’m sure was not ideal for lactating booby health. During the summer it was not comfortable at all as you can imagine (Texas. Ugh.). I longed for a good nursing bra that I could wear normal cute girl shirts with and leave the tanks at home. The thought made me feel so free… but I never found that bra. Here’s to next time (c:

I would love to hear your tips and recommendations for nursing bras. I have found a tutorial for converting one’s normal bra into one, and I might just opt for that at the risk of destroying my favorite bra if it comes to that 😀

Nursing moms, did you experience fitting woes when trying to find a good nursing bra? Does anyone have suggestions or advice on nursing bras/bras/bra sizing for Kendra? Has anyone else tried out the bras she mentioned? 🙂