Today’s Guest Post is by fellow bra-enthusiast Danielle. She notes that “Becoming a finalist in the 2012 Curvy Kate USA competition led me to have a passion for well-fitting bras. Finding a bra that fit helped me gain self-confidence and every woman and girl should be fitted to help their confidence grow as well.”
The Curvy Kate Luxe Strapless is available in sizes 28-30 D-J, 32D-HH, 34D-H, 36D-GG, and 38D-G. I won this bra in the Biscotti colorway back in August for the “My Ultimate Uplift” contest and chose my usual size of 30G.
The Look:
Curvy Kate definitely tried (and succeeded) in upgrading this bra from a blah and boring strapless (with adjustable and detachable straps, not shown) by adding cute details, such as a bow and little satine buttons on the gore. Pinstripe fabric used on the non-cup portion is a nice touch, too, which can’t really be seen through shirts. The cup fabric and the band fabric are noticeably different, which makes this less of a showy/flashy bra and more of a practical bra. 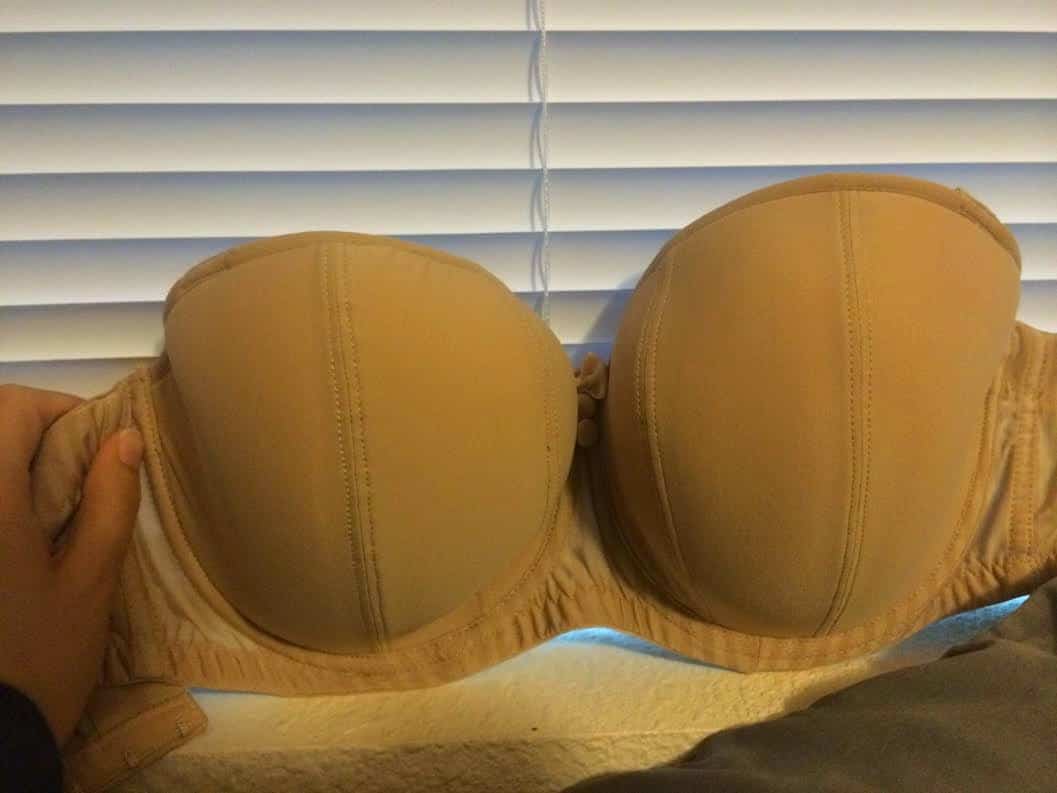 The Construction:
The triple-part constructed cup helps for shaping, as does the side-support panels on the inside of the cups. The seams themselves CAN be seen through sheer fabric but that can’t be helped. With the 4 hooks and eyes, this is meant to keep everything UP, not necessarily hidden behind a thin sheath of fabric.
(Note: The bra got a bit crumpled in shipment, which I think adds to a slightly oddly-shaped cup.) 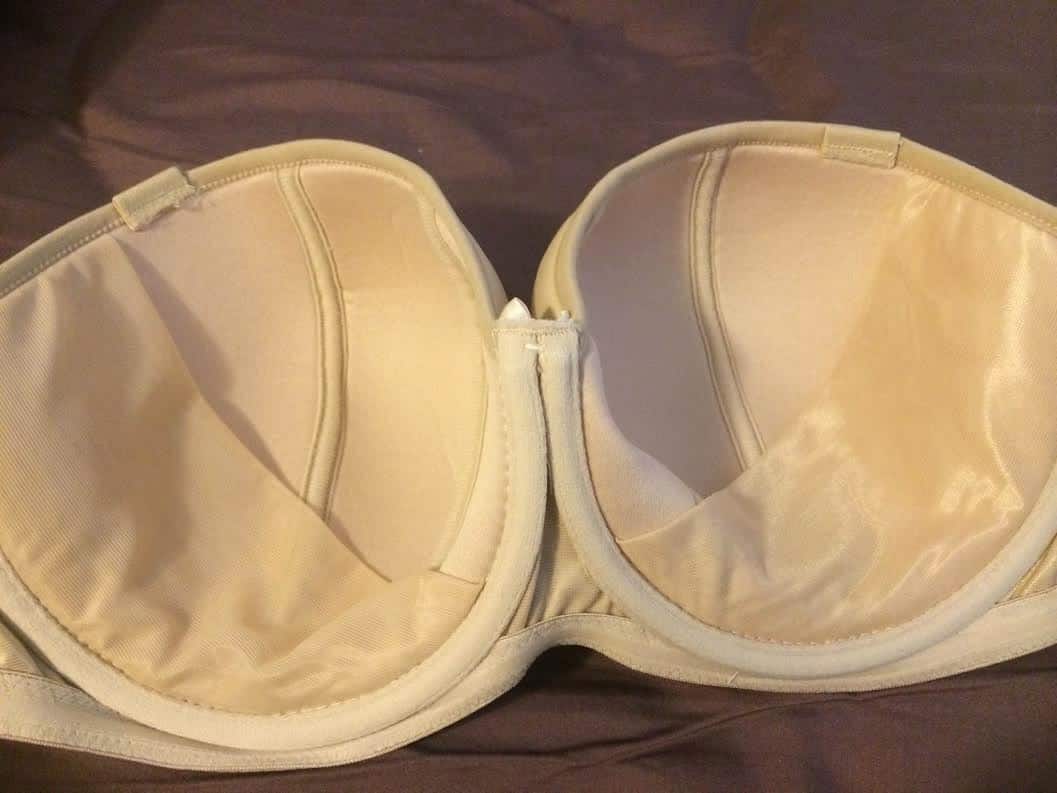 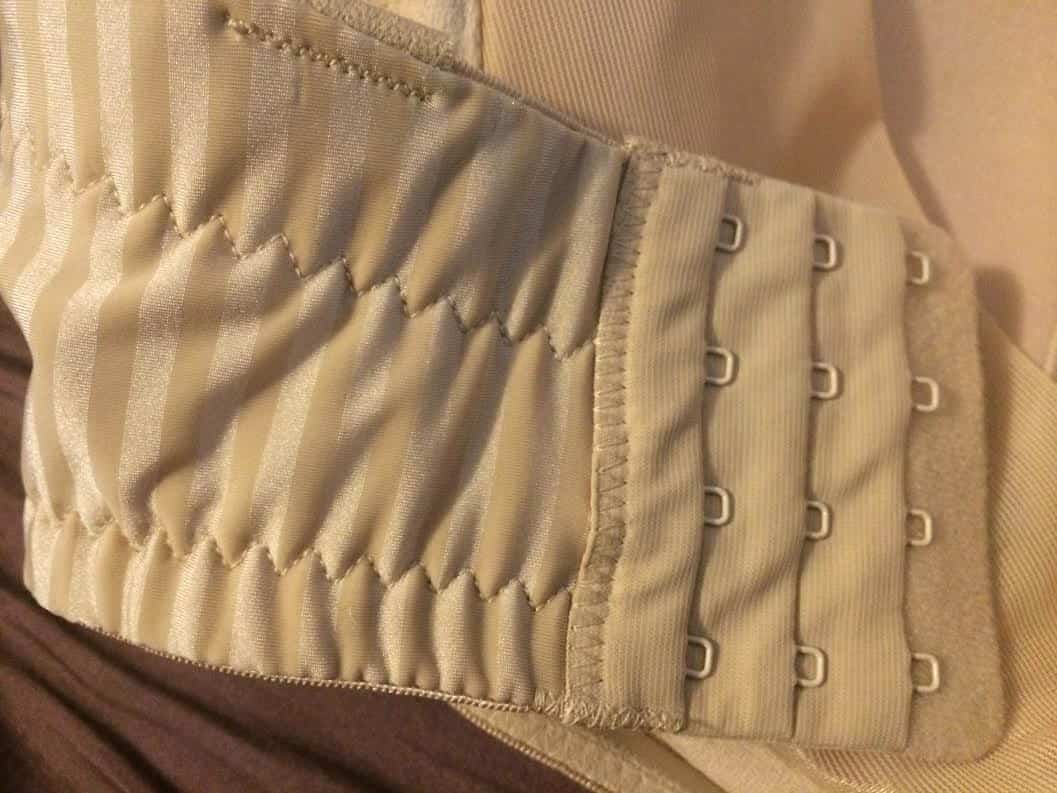 The Feel:
As a bottom-heavy lady (who needs some help on the sides), this construction works really well! One of the problems I have with other strapless is the lack of side support (Freya Strapless) or how the cup pulls down (Panache Strapless), creating either a slightly frumpy look or quad-boob, respectively. This bra creates neither of those problems. 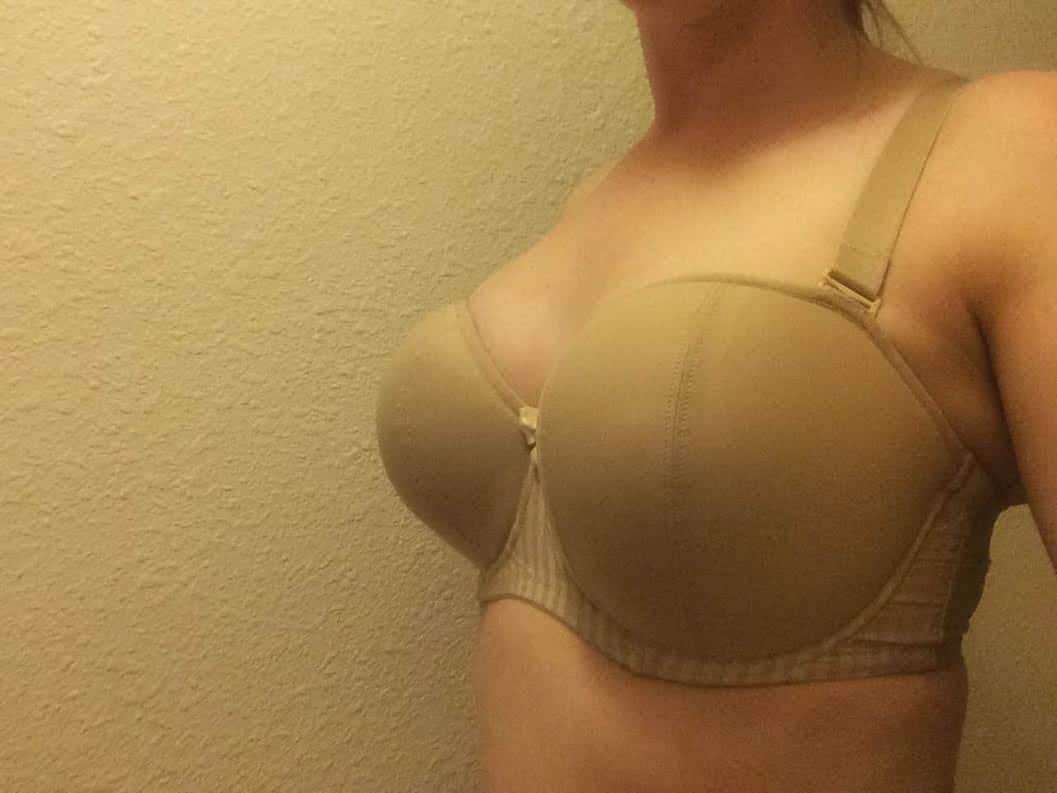 The Field Test:
I wore this all day at work (I just sit all day at a desk) and it held up VERY well against gravity. I didn’t do jumping jacks but I have confidence it wouldn’t need substantial adjustment during/afterward. The wire in the gore DID dig into my chest. I think in this circumstance it was because my right breast (which is bigger, and thus heavier) presses the bottom of the wire out which then makes the top points of the wire dig in. That being said, I would still wear this on a night out on the town. 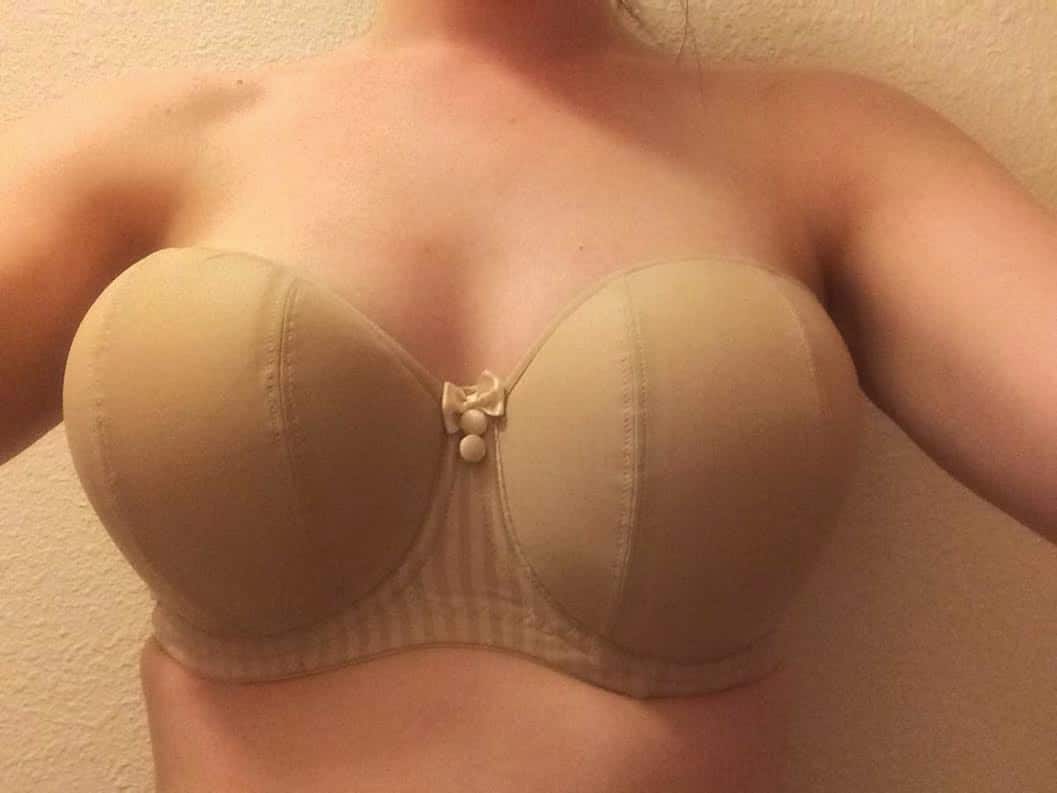 Final Grades:
The Look: B+
The Construction: A+
The Feel: A+
The Field Test: A-
(P.S. Curvy Kate has noted that this bra is a bit shallow in the cups, so if shallow bras are a problem for you then you might want to stay clear.)